When Manfred Björkquist’s idea of the Sigtuna Foundation was ready to be implemented as the seat for the youth church movement designing the dream was given to John Åkerlund. For the buildings, Manfred Björkquist wanted something simple and robust, a combination of Italian monastery and Swedish castle. He envisioned an environment where thoughts and ideas could be shared, and human value could be safeguarded. In the winter of 1915, John Åkerlund began drafting Björkquist’s ideas, a project that continued for decades and resulted in a very distinctive environment.

Manfred Björkquist’s first contact with John Åkerlund was via Sörängen Folk High School in Småland, which was one of Åkerlund’s earliest projects. There they found that they shared common interests in Swedish tradition, folk high schools and national culture. Through their joint work, the Sigtuna Foundation manifested into a beautiful example of Åkerlund’s architectural style.

Manfred Björkquist envisioned the Sigtuna Foundation as a castle, a home, a school and a sanctuary. It should be secluded for silence and tranquility, yet not distant from the outside world. He wanted a castle to protect mankind and defend spiritual value, a home to create a residence for students, teachers and guests, a school for youth to be educated and prepared for life’s challenges and a sanctuary for peace of mind for the soul.

He also talked about the idea of ​​an evangelical monastery, and John Åkerlund took inspiration from the Cistercian architecture. The monastic inspiration cannot be missed when you walk around the Sigtuna Foundation. Its thick walls and hilltop location are reminiscent of medieval castles. But there is also inspiration from the English Arts & Craft movement, with fine craftmanship and materials, both in its interior and exterior. Since the construction started and continued through WWI this impacted decisions. One had to think economically, and several times during the drafting process, Åkerlund returned to the drawing board to ensure more cost-effective solutions. This showed to be a positive influence on the building’s architecture. They used stone rubble from the blasting site, coarse granite in pillars, basic bricks and stucco facades and clay tiles to all roofs. As Åkerlund writes for the Sigtuna Foundation’s 25th anniversary:

“The irregularly and non-rectangular placement of the building walls was motivated by the effort to best enhance the natural terrain. This also added value to the visual perspective of the buildings. The Swedish way of building is often inspired by the beautiful and richly decorated works of the world, but when creating the Swedish version, with harsher conditions here, we skip the extravagant adornments while keeping the beauty of proportions, perspectives and textures.”

For first-time visitors, buildings seem to have a long history on the site. One of John Åkerlund’s strengths as an architect was the ability to use the site’s properties and make buildings and nature collaborate as a whole. When Björkquist and Åkerlund visited the hill for the first time in Sigtuna, a cold winter day 1915 when the snow was deep, Åkerlund became very aware of the nature of the place. He continues in the anniversary text:

“The beautiful forest hill in the western edge of Sigtuna, intended as the first building site, gave a well-needed heat-warming exercise because during the climb one could suddenly disappear to the armpits in a snow-filled crevice, and it was quite difficult to get up. The terrain’s liveliness, however, became something well-admired. “

The adaptations to the terrain have given the Sigtuna Foundation its distinctive character, with winding staircases and a lack of straight angles. Here, John Åkerlund later compared the foundation with life itself – there are no straight angles in life, sometimes you are lost in life. The first parts of the Sigtuna Foundation were opened in the autumn of 1917 in connection with the 400th anniversary of Reformation. For a century, the Foundation has continued to grow. Here are some highlights (John Åkerlund architect, unless otherwise stated):

John Åkerlund was an educated electrical engineer and a self-taught architect. 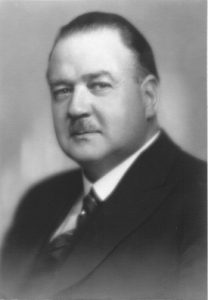 In 1909, he started his own architect agency in his apartment in Stockholm and was active until his death in 1961. His small agency worked with 800 projects during his lifetime. In 1912 he was commissioned to draw the Folk High School Sörängen in Nässjö. This became Åkerlund’s first major independent project. The work was based on traditional materials and shapes, with very conscious adaptation to the surroundings.

In Sigtuna, John Åkerlund became the great architect of schools. He drafted the Sigtuna Foundation, Sigtuna School, the Sigtuna Foundation’s School of Humanities and Layman’s School. He also became a renowned architect for the Swedish Tourist Association with many facilities in the Swedish mountains. He was involved in the Society for Local Heritage and School Board, and designed schools, churches, workers’ homes and private homes.

A distinctive feature of John Åkerlund’s architecture is his ability to adapt form and function with the landscape and its interaction with nature. He had traveled around the country and studied local and regional building styles and learned about traditional adaptations to the environment and landscape. He used the traditional Swedish style of construction as his main source of inspiration when creating his own style of functional architecture.

This website uses cookies to improve your experience while you navigate through the website. Out of these, the cookies that are categorized as necessary are stored on your browser as they are essential for the working of basic functionalities of the website. We also use third-party cookies that help us analyze and understand how you use this website. These cookies will be stored in your browser only with your consent. You also have the option to opt-out of these cookies. But opting out of some of these cookies may affect your browsing experience.
Necessary Always Enabled

Any cookies that may not be particularly necessary for the website to function and is used specifically to collect user personal data via analytics, ads, other embedded contents are termed as non-necessary cookies. It is mandatory to procure user consent prior to running these cookies on your website.